For almost a year, I've had lots of people ask me how I "do my hacking". And, for the longest time I haven't been able to provide them with a good answer. Honestly, it wasn't until a few days ago that I think I've nailed down my (typical) steps to doing security research.

What is security research?

Often referred to as "hacking", I define security research as the discovery and exploitation of vulnerabilities found in a target's products or services. This research can closely resemble that of academic research or be more amorphous in nature.

To the masses, all kinds of security research is or leads to "hacking", but to individuals in technology hacking could mean a myriad of other things.

I love how the Metasploit Framework outlines research. 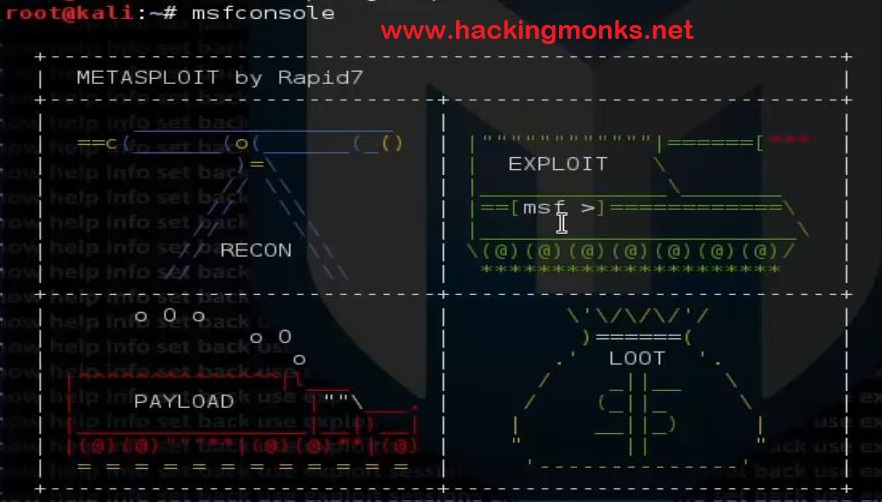 Not only is "Recon, Exploit, Payload, Loot" pretty catchy and badass, I think it pretty succinctly and accurately describes most of the non-academic forms of security research. Let's discuss what each step is and how they can apply to real life.

Short for reconnaissance, recon is the act of finding a target and collecting as much information about it as possible. It's at this point that you'll not only be trying your best to map out the target's infrastructure, behavior, and possible weak links in the two but also you'll try to match what you find with known attacks that are enabled by your findings.

Once you've found a vulnerability in the target's infrastructure or practices that may appear interesting, you must try to exploit it. What does that mean, though? At this point you must ask yourself what attacks, or exploits, against your target can be achieved given the vulnerabilities that you've found during the recon step.

After using the payload to exploit the vulnerabilities in your target, you must observe the effects of your actions. Did the attack succeed? If so, you can advance to the next step. If not, you need to craft another payload that will have an effect on the target or go back to step 1 or 2.

Now that your attack has succeeded, you've likely acquired information that shouldn't normally be in your possession or broken infrastructure important to the target's operation. At this point in time, what you do is dependent on your intentions.

If you're a good, or white hat, hacker, you'll likely report your findings to the target in an effort to see them fix the vulnerabilities you've found so they can no longer be exploited. If you're a bad, or black hat, hacker, you'll likely report or sell your findings to other malicious individuals if you're not already a part of a motivated group like an Advanced Persistent Threat.

Let's take computers out of the picture and walk through doing security research on a target offline, with locks and doors and stuff!

You find out that 123 Bank has a good relationship with white hat hackers and has a bug bounty program. You visit their headquarters and notice all the doors and windows in the building and observe how and when both employees and customers enter and exit the building, how long they're in the building at a time, etc.

You notice that employees get access to a vault that lives behind a locked door. They all have keys to the lock and simply use those to unlock the door. The door is out in the open, so it wouldn't be suspicious if you messed with it. You recall that most locks can be picked with normal lockpicking sets, so the lock is a potential security vulnerability.

The lock seems pickable, which is a vulnerability that can be exploited using a lockpick.

You successfully picked the lock to the door and entered the vault. Now that you have access to a restricted area, you could steal money or other valuable assets and information. Because you're a white hat hacker, you walk back out of the door, lock it back, and proceed with your day.

Later, you inform the security team at 123 Bank that you were able to access the vault and tell them how you did it in addition to how they can prevent people from doing so in the future.

Because they have a bug bounty program, they paid you some money!

Although some non-academic security research does run this smoothly, it won't always be this straightforward. What if the HQ didn't have a vault? Then your recon might not have been as meaningful. What if they had enhanced locks to make it more difficult to open the vault door? Then you'd need a more complex exploit. And if the lock happened to be really tight and poorly made? Then you might've needed a different lockpicking set (ie payload). And if access to the door was guarded or closely monitored, you might've needed a much more complex series of exploits to get through the door.

It's when your research isn't as straightforward as you predict that a researcher may find themselves using their creativity and problem-solving skills to successfully attack a target. Sometimes, this is what separates the more experienced hackers from the less experienced.

While security research can mean many things to different people and can be performed in a number of ways, I find that security research outside of academia can be broken down into reconnaissance, exploitation, dropping a payload, and looting or seeing results. These steps can be applied to several aspects of security such as physical penetration testing (breaking into physical places) and computer and network hacking.